A common piece of writing advice is to insert a comma where there would be a natural pause in speech. However, this advice isn’t very good. It leads to incorrect comma use that can make the meaning of a sentence more difficult to understand.

It’s important to understand comma rules for this reason. Here, we’ll explain how to use commas with coordinating conjunctions (and, but, so, yet, or, nor, for).

When do you use a comma?

Broadly speaking, commas indicate a brief pause. They are used to separate parts of a sentence to make the meaning clear and the sentence easier to read.

What is a coordinating conjunction?

‍For And Nor But Or Yet So

When should you use a comma before a coordinating conjunction?

Use a comma before a coordinating conjunction when you join two independent clauses. This indicates that the clauses are to be read separately.

An independent clause is one that works as a full sentence on its own. It always contains a main verb and a grammatical subject (the noun, noun phrase, or pronoun that comes at the very beginning of a sentence and is engaged in the activity of the verb).

These are independent clauses:

2. He (subject) immediately fell (main verb) in love with her.

If we want to join these two clauses into a single sentence, we can use a coordinating conjunction, in this case “and”. A comma goes before “and.”

Hades, the god of the Underworld, saw Persephone picking flowers one day, and he immediately fell in love with her.

Another way to write this sentence would be as follows:

Hades, the god of the Underworld, saw Persephone picking flowers one day and immediately fell in love with her.

If you look carefully, you’ll see that “he” has disappeared from the second clause, as has the comma after “day.”

The removal of “he” means that the second clause (“immediately fell in love with her”) is no longer an independent clause. It has no subject (he) and only has meaning when joined to the first half of the sentence using “and.” This is what we call a subordinate (or dependent) clause.

Because the two verbs (saw + fell in love) now share a single subject (Hades), they can be referred to in grammatical terms as a compound verb. A comma should never be used between the two verbs in this case.

In the next section, we explain this further.

When NOT to use a comma with coordinating conjunctions?

As we’ve seen, commas are not used with coordinating conjunctions when they join a compound verb (two or more verbs that share a single subject). The same goes for a compound subject, compound object (the noun/pronoun/noun phrase(s) acted on by the main verb), compound adverb, or compound adjective.

Incorrect: Hades, and Persephone lived together in the Underworld.

Correct: Hades and Persephone lived together in the Underworld.

Incorrect: Zeus loved Persephone, and his other children.

Correct: Zeus loved Persephone and his other children.

Incorrect: Persephone liked picking flowers, but not eating them.

Correct: Persephone liked picking flowers but not eating them.

Incorrect: Zeus was sympathetic, yet unwilling to help Persephone escape the Underworld.

Correct: Zeus was sympathetic yet unwilling to help Persephone escape the Underworld.

If you’re connecting two phrases, you also don’t use a comma with the coordinating conjunction (although there are exceptions in long sentences for the sake of clarity).

Incorrect: Zeus loved his daughter Persephone, but wasn’t willing to help her escape the Underworld.

Correct: Zeus loved his daughter Persephone but wasn’t willing to help her escape the Underworld.

Do you use a comma when you start a sentence with a coordinating conjunction?

You may have been taught at school that you can’t start a sentence with a coordinating conjunction. This is probably because your teacher was trying to train you not to write sentence fragments. However, it is possible—just don’t use a comma after it.

‍Incorrect: But, Zeus finally decided to save Persephone from the Underworld.

‍Correct: But Zeus finally decided to save Persephone from the Underworld.

Note that a fragment is missing one or both of the two essential elements (the subject and main verb) to create an independent clause, as in this example:

Zeus wouldn’t help Persephone at first (independent clause). But finally saved her (fragment with no subject).

To remember the seven coordinating conjunctions, use the acronym FANBOYS. They should always take a comma when joining two independent clauses. In most other cases, no comma should be used. 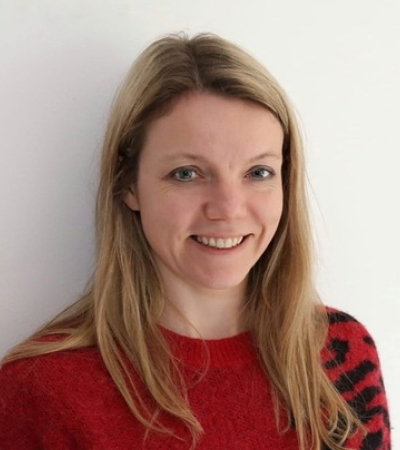 With a PhD in Languages, Literature & Cultural Studies, Eloise has a long background in language teaching which she brings to her work as an editor. When not poring over the words of others, she’s working on her epic fantasy novel, kicking bags at the gym, or roaming the beaches, hills and forests with her dog.