Whether you're a writer or training to be an editor, making basic grammatical mistakes can make you seem unprofessional and even cost you clients and money.

One of the most common mistakes in the English language is confusing the terms "who" and "whom". More often than not, we know one of these words is appropriate, but can’t say with 100% certainty which is the correct choice.

To help you avoid this error, we’ve put together this essential guide that clearly explains the difference between these two words.

The difference between “who” and “whom”

Luckily for grammar novices, the difference between “who” and “whom” may not be as tricky as you imagine.

In its simplest terms, “who” is always the subject of a sentence, while “whom” is the object of a verb or proposition. Still confused? Bear with us. It does get simpler.

In the above sentences, the object of the sentence (highlighted in bold) is the person being spoken to about claiming the lottery win.

Another important point to remember when it comes to “who” and “whom” is that they are both interrogative pronouns, which means you’ll often find these terms used in questions.

Tips and tricks for using “who” correctly

You probably feel confident identifying the subject of a sentence when the word in question is simply “he,” “she,” or “they,” but many of us begin to feel less certain as soon as the term “who” enters the equation.

Fortunately, you don’t need an English degree to understand the correct usage of the term and there are some simple tricks that can help you remember.

When you believe it is correct to use “who” in a piece of writing, try rewriting your original sentence and switching out the word “who” for the personal pronouns “he” or “she.” If your revised sentence makes sense, then you’re spot on.

If you’re talking about more than one person or object, you can substitute the word “they” for “who,” as in the following example:

Since the subjective “they” sounds correct here, you can assume that “who” works as well.

Tips and tricks for using “whom” correctly

While you may feel nervous enough about using “who” in a sentence, many people feel even more uncertain when it comes to “whom” and may even avoid the term entirely rather than risk the embarrassment of using it incorrectly.

As the word arguably feels fairly old-fashioned or stuffy in tone, you may fear that using it incorrectly could make you appear pompous, pretentious, or even ridiculous.

Luckily, there is a simple way to tell whether “whom” is correct in a sentence. Take your original sentence, and this time, replace the term “whom” with “him” or “her.” For example:

When you’re dealing with plural nouns, you can substitute the word “them” for “whom” and see if the resulting sentence sounds awkward.

Another nifty way to remember when to use “whom” is to think of the letter M, which is the final letter of both the words “whom,” “him,” and “them.” If you’d need to use a regular pronoun that ends in M, then “whom” rather than “who” is the way to go.

If you want to use the terms “who” and “whom” correctly, it’s helpful to understand that these are examples of relative pronouns, along with the terms “that,” “which,” and “whose.”

The purpose of these words is to introduce an adjective clause: a collection of words that modify or describe a noun.

A relative pronoun will almost always follow the noun it is modifying. Its purpose is normally to introduce the noun or give the reader a relevant fact about it.

In the examples below, the relative pronouns are highlighted in bold. The pronouns “who” and “whom” stand for “the man” and “the woman” respectively, and are followed by adjective clauses that tell us more about these people.

An adjective clause cannot stand on its own once removed from the sentence. Take our example above: you could not simply write “whom he loved deeply,” as this phrase would be meaningless in isolation. For this reason, they are also known as subordinate or dependent clauses.

If you only remember one thing

All you need to do is write your sentence, reread it, and then decide which pronouns you would use to make your new sentence work. 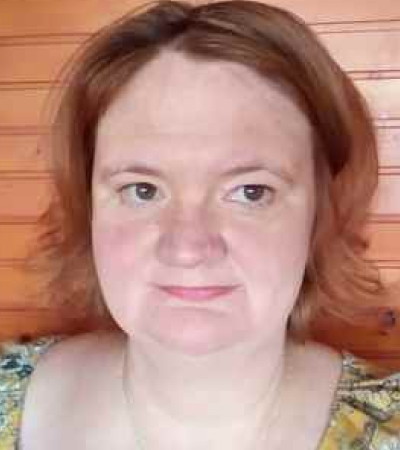 Katy Ward has been an editor and writer for more than a decade. Having written for both national newspapers and independent media outlets from her home in the north of England, she specialises in finance, tech, mental health, and the arts. As well as penning short stories in her spare time, she can be found on Twitter at @KatyWardHull