Knowing when or when not to use a comma can be tricky. One false move and “Let’s eat, Grandma”, becomes “Let’s eat Grandma".  An amusing example, but it shows how commas can change the context of entire sentences.

Something writers often confuse is when to put a comma before "and". You might have heard that you should never place a comma here. Though like most grammar rules - there are exceptions.

To help you remember them, we show you three times you should use a comma before "and".

The word “and” is a coordinating conjunction—a word that joins two parts of a sentence together. Like with other conjunctions, when “and” joins two independent clauses—that is, phrases that could function as a complete sentence on their own—it should be preceded by a comma.

Let’s look at an example.

Tim visited New York in January, and he went to California in April.‍

This could be two separate sentences: “Tim visited New York in January. He went to California in April.” Note that each has both a subject and a verb (“Tim visited”/“he went”), making them complete sentences on their own. So, by combining them into one sentence, we’re creating a sentence with two independent clauses, and a comma is needed before “and.

The comma helps the reader’s mind break the sentence up into sections of discrete meaning, and aiding quick comprehension. Without the comma, though the sentence wouldn’t necessarily be open to misinterpretation, it wouldn’t be as easy to parse.

Both the comma and the conjunction are necessary—if you stuck with the comma but omitted "and," you would have what's called a comma splice.

However, you should not use a comma to separate an independent clause from a dependent clause, which could not be a full and complete sentence on its own. Let’s stick with the above example and change the wording a bit.

Tim visited New York in January and California in April.

The phrase after the “and” is now simply “California in April,” which does not make sense on its own—it is a dependent clause, an object without a subject or a verb. In these situations, you should not use a comma after and.

An Exception for short sentences

As with everything when it comes to grammar, these are more guidelines than actual rules. There are some exceptions.

The sun set and the moon shone.‍

Like with our first example, here we have two independent clauses joined together by “and.” However, the difference is that both the clauses are very short.

Most style guides agree that, as long as there is no potential for misinterpretation, it is acceptable to omit the comma in cases like this.

The reason for this is evident if you try adding the comma:‍

The sun set, and the moon shone.‍

While this is not technically incorrect, for most styles it makes for an awkward, choppy sentence. The first sentence reads more naturally—and so we go with that one, because making sentences easier to read is the purpose of punctuation!

Here’s another situation where a comma before “and” is used…

A writer is finishing up her book. The three things that have helped her through the process are the support of her mother and father, the music of her favorite pop star, and the wise words of an inspirational figure. So, she writes this dedication:‍

I dedicate this book to my parents, Lady Gaga and Gandhi.‍

There’s a mistake here. A reader could interpret “Lady Gaga and Gandhi” as a subordinate clause—in other words, as the names of her parents. That would be a very unusual family. To avoid this potential for misinterpretation, an extra comma is needed between the last two list items:‍

I dedicate this book to my parents, Lady Gaga, and Gandhi.‍

This is known interchangeably as the serial comma, the Oxford comma, or the Harvard comma.

Though it’s not always as important for clarity as in the above example, it is standard to include it when writing lists in American English, and is mandated by the APA and Chicago Manual of Style guides, among others.

A third situation where you might use a comma before “and” is where you want to separate out a clause that interrupts the main sentence.

I walked to the shops, and not for the first time that week, because we’d run out of milk.‍

Here, “and not for the first time that week” is a nonessential clause giving extra information, so it needs to be separated by punctuation. You could use parentheses or dashes, too, though commas are acceptable; they may in fact be preferable, as parentheses and dashes can feel disruptive and choppy.

Note how removing the commas makes this sentence much harder to understand:

I walked to the shops and not for the first time that week because we’d run out of milk.

There are three main situations where you should use a comma before “and”:

1. Where the comma is serving as a conjunction between two independent clauses
2. When it is a serial comma at the end of a list
3. At the start of an interrupting clause

Still feel unsure about whether a comma is appropriate? Then the best approach is to remember that clarity always comes first.

If the comma helps alleviate any potential misinterpretation of your sentence, it’s likely a good idea to include it. If it clutters the sentence, you may be better off without it. 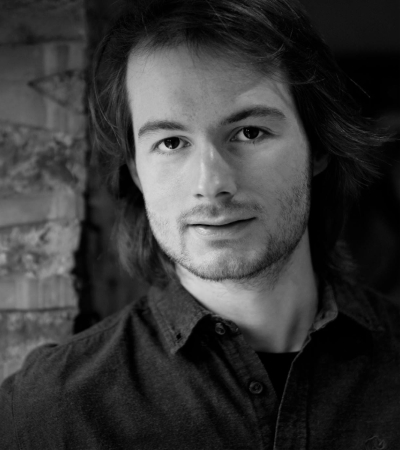